INTRODUCTORY REMARKS
The extreme necessity of English for international contacts, in the field of Science and not only, is quite plain. This dictionary, born as a glossary for personal use in researches in physical geography, has later been extended to all Earth Sciences. It is the result not only of extensive bibliographic research but also of field research in English-speaking countries. The compilation is based upon a systematic comparison, for each item, of the definitions given by several dictionaries and books. This has entailed, among other things, a work of critical translation of items from English, German, Dutch and French.
Some specific items of fluvial geomorphology have been acquired during fieldwork in northern England in two sabatical years at the University of Durham, one of which as a Visiting Professor at the latter University.
Eart Science terms, being strictly technical, are seldom found in common dictionaries and some of them may be missing even in those of a general technical-scientific character, which do not always take account of the specific needs of the geologist, the palaeontologist, the geophysicist, the physical geographer. In the case of dictionaries specialized in the Earth Sciences, however, a new difficulty emerges, namely that new items are born rather frequently, and this causes these dictionaries to become swiftly dated.
Often the difficulty is overcome by non-English-speaking authors by using untranslated English terms. This however can be a problem for a reader, especially if he is a student. Consequently, it is preferable to attempt the translation anyway, or use the English term with an Italian explanation added. For this reason, this dictionary provides, when appropriate, a choice between different possible translations.
Sometimes the same term has more than one meaning. In this case, the different meanings are given in alphabetical order, separated by a comma. It will be up to the utiliser of the dictionary to choose the appropriate traslation on the basis of the context of the sentence. For some terms the English form itself, or the anglicized form derived from other languages, is given as the Italian translation, since the Italian scientific literature often uses such forms unchanged. To some items which could entail some difficulty for students, a short definition or an explicative circumlocution has been added within parenthesis. Besides the current terms, many others decidedly obsolete have been included, as they are still of considerable interest for the historian of science.
In a dictionary of this kind, items can be ordered in chapters or simply arranged in alphabetical order. For easier consultation and to avoid repetitions, it has been preferred to adopt the latter solution. Any time a term was found to have more than one meaning, each belonging to different disciplines, the various meanings have been detailed indicating the attendant disciplinary areas. Many items belonging to palaeontology, palaeobiology and ecology, come inevitably also within the purview of the biological sciences. Other items, linked to the management of natural resources, are common to economic geography, regional geography and regional planning.
Obsolete items have been sistematically included, since a bibliographic research by the utiliser of the dictionary can lead to perusing works published tens of years ago, and after all there is also a subject called History of Science. The translations of many terms may appear straightforward, being exactly or nearly identical in English and in Italian, on account of the root being in both cases from Greek or Latin. This is so common that no explicit indication of that origin is given in the dictionary, but only when the origin of a word is from less obvious languages. Even the cases of total or partial identity between English and Italian words, however, can give the non-native English speaker nasty surprises as to spelling.
When no indication is added, the terms are those commonly used in the standard English of England. Not a few examples of typically regional terms exist, however, inside England itself, especially in the North, where a strong Scandinavian influence has fostered the geordie dialect. American, Australian, South African, Scottish and Welsh terms, as well as those from English dialects, can be considerably different from their standard English equivalent, and it is useful to know them as there are important examples of them in the Earth Sciences.
Items originally un-English are also included, as English has acquired a great many of them. For example, the English-speaking Earth Sciences have acquired glaciological terms from various Scandinavian languages, volcanological terms from Hawaaian and Italian (even southern Italian dialects), and terms of desert geomorphology, as could well be expected, from Arabic and Berber languages. Thanks are due, for explanations concerning the latter terms, to Dr. Monia M’Sehli, Lecturer in Arabic at the University of Cagliari. The dictionary includes not merely single words, but also expressions and whole sentences commonly used in the international scientific literature.
Particular caution is necessary in reading numbers. These are consistently written in the dictionary according to the system in current use in each language system. In English, the comma is used to separate numbers in groups of three digits, while the full stop is used to separate decimals (e.g. 123,456.7). In Italian, the usage is exactly the opposite, with full stops used to separate digits in groups of three, and commas to separate decimals (e.g. 123.456,7).
It is hoped that this volume will be useful to Italian authors intending to publish in English, and possibly also to foreign authors wishing to carry out research in Italy. Any indication as to inaccuracies or the need of additions will be gratefully received.

There is no universally accepted definition of development, but a neutral definition as a process of innovative structural change in the economic, political and cultural fields, gives many advantages. It allows historical interpretation of past processes and understanding of current ones, constantly calling attention on the true motor of development: internal innovation (something that no external aid can replace). Globalization tends to be reified by many authors: one hears that “globalization does this or does that”. It is not so, globalization, like any other development process (such as the agricultural “revolution” of the Neolithic or the Industrial Revolution) by itself does nothing. Rather, globalization is moved by the innovative activities of dynamic actors, it is not in itself a prime mover, although it may act as multiplier of these activities. Last but not least, a neutral definition leaves space for the negative sides of development, as no one can guarantee that innovations will not have adverse outcomes. 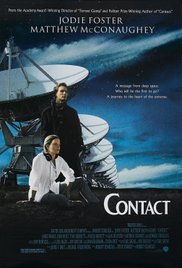